Everything Old is New Again

The following article was written by Mspark staffer, Rachel Ankersen. Rachel is a Marketing Research & Product Development Manager who specializes in researching the rural consumer as well as industry trends and events. She has over 12 years of experience in both digital and print marketing and is passionate about sharing new insights from her research with others.

I had an opportunity not long ago to listen to a speaker present about digital marketing for a local SMB located here in Birmingham, Alabama. The speaker was a young guy, very enthusiastic, came from an agency on the west coast, and had been brought in to lead the local business’s marketing program. He explained how he analyzed the performance of the company’s marketing media mix and decided to make changes, which included eliminating direct mail. When asked by an audience member what their current mix looks like, he responded they were 100% digital.
People in the audience looked perplexed. I sat there wondering what exactly led him to eliminate direct mail and go 100% digital. Were the response rates low? Did they target appropriately? Were they having a hard time measuring results? He never went into detail about it, and I unfortunately didn’t get the opportunity to ask him the many questions I had. All I know is that this guy was selling digital marketing hard and, perhaps it was unintentional, the implication was direct mail was the old way of doing things.
Before anyone gets the impression that this article is anti-digital marketing, let me assure you it’s not. What I want to share are observations from my vantage point as a marketer who began her career in digital marketing and now works in print. If you’re questioning why it’s not the other way around, good…read on.

Digital Marketing After 2005 – My Abridged Version

Around 2005, when some of us were getting started in marketing, the big push was websites and SEO. We jumped into learning everything we could about SEO and pay-per-click marketing and, as we became more knowledgeable through both practice and learning, we became the go-to resources for the companies we worked for. Around 2010, when startups like Airbnb started taking off, growth hacking became something that was used to accelerate much-needed rapid growth. Tech startups no longer wanted marketers – they wanted growth hackers who knew how to use creative marketing, experiments, data, and coding to grow a product user base as quickly as possible. Growth hacking became a buzzword, growth hackers formed agencies, and the culture spread from startups, all the way to the C-suites of major corporations, and into the SMB community. So, it was really no surprise that I found myself listening to a young, modern marketer presenting on stage about his experiments and the technology he’s using to grow his company’s member base. I could tell right away that he was a product of the growth hacking / Silicon Valley startup culture. 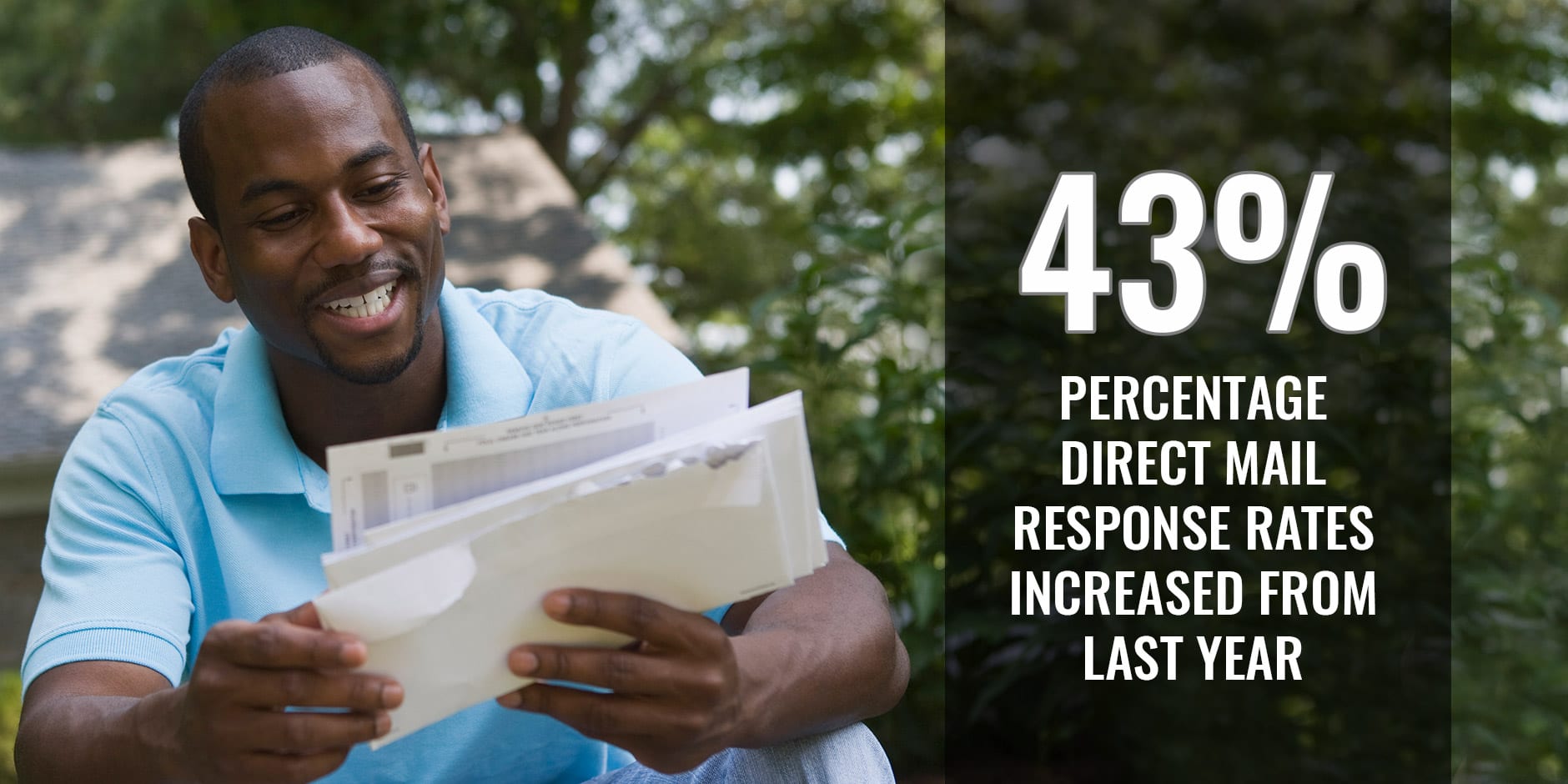 Where’s the Love for Mail?

Over the years there has been plenty of attention on digital communications, especially within the growth hacking sphere, and not as much thought around what could be achieved with print media like direct mail.
I get it because I, like many marketers, was fascinated with the writings of Brian Solis. For those of you who’ve never heard of him, check him out. He’s well-known for creating the concept of Digital Darwinism, which is the phenomenon when technology and society evolve faster than an organization can adapt. Examples of Digital Darwinism would include former businesses such as Blockbuster Video or Tower Records who failed to adapt in time to respond to digital disruption in their industries.
But Digital Darwinism isn’t always as threatening as it appears. Disruption is not always a destructive force seeking out seemingly “antiquated” businesses, like direct mail companies, to ruin. Sometimes it merely changes all things for the better. Remember when everyone assumed email would bring an end to the postal service? It was a semi-logical assumption, especially when bills starting going paperless and ending up in email inboxes. But somehow the (t)rusty old mailbox survived and, not only survived, it became many people’s happy place filled with nifty subscription boxes, goodies from Amazon…and fewer bills. 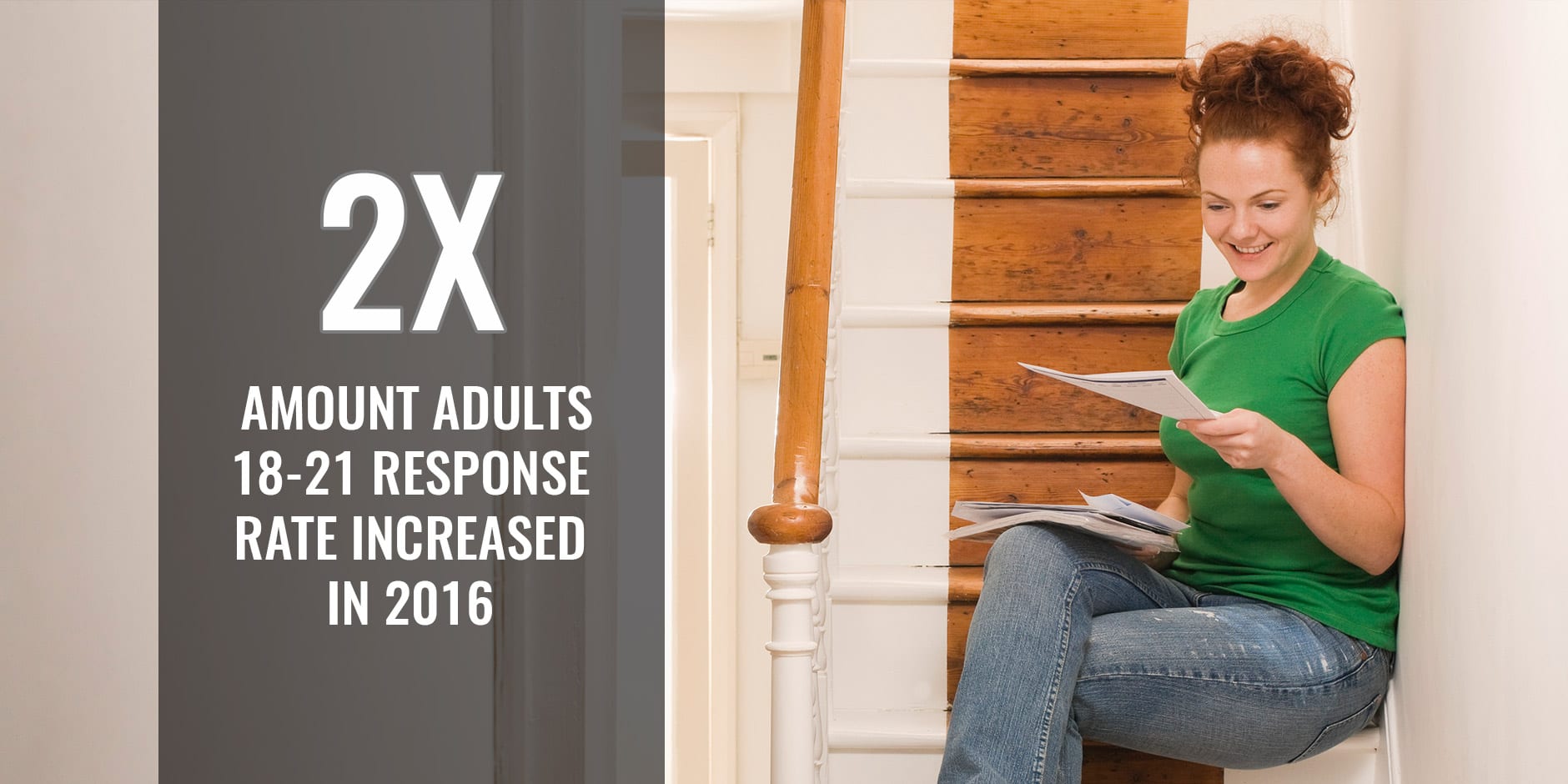 According to the Data & Marketing Association (DMA), 19% of marketers they surveyed planned to decrease usage of direct mail in the coming 12 months, which is consistent with previous annual studies they conducted. Oddly enough, these predictions are never fully realized by the DMA’s study participants. Still study participants feel direct mail is antiquated…a victim of Digital Darwinism like the newspaper industry. They’ll tell you that digital communications enable them to test and re-test at a much more rapid pace than direct mail. This makes iterations happen quicker and speeds up the path to growth.
If that’s true and if response rates are any measure of growth formula, then how would they explain the DMA’s 2017 report that direct mail response rates were 1175% higher than social media, 750% higher than paid search, and 750% higher than email? And no, those are not typos.
Here’s where it gets even more interesting. In the same report, response rates increased year-over-year by 43% and prospect response rates doubled to a 190% increase. Response rates have been higher in the last 2 years than they’ve been since 2003. And this isn’t just response from older age groups – adults 18-21 response rates doubled in 2016.
When I see these numbers, I’m not surprised. I notice the kinds of projects our Data Analytics team works on and I know what they, partnering with our clients, can do in terms of targeting. Many of our most successful clients work in partnership with us – sharing results and sales often tracked to the household level – to strengthen and grow their business. From demographic data to spatial data, predictive data to client data, response analysis to regression analysis, our analysts organize data and make it actionable. Client data sharing partnerships allow us to track long term response and test new offers and creative. This data feeds into client specific promotion history files at the household level. Did they respond to a particular offer? What was the value of that response? We use this to tailor future mailing offers to the household level as well as modify the delivery profile to continually increase response rate and ROI. For modern marketers, there is opportunity to grow response rates but it requires top-notch data-driven decision making, an idea far too many people assume is more suited for digital marketing.
As I mentioned before, this is not an anti-digital marketing article. Instead, it’s an invitation to consider ways in which quality data and analytics can not only help optimize digital communications but also direct mail campaigns. There is a reason why direct mail response rates have been so high over the last two years and it’s time for modern marketers to take notice. 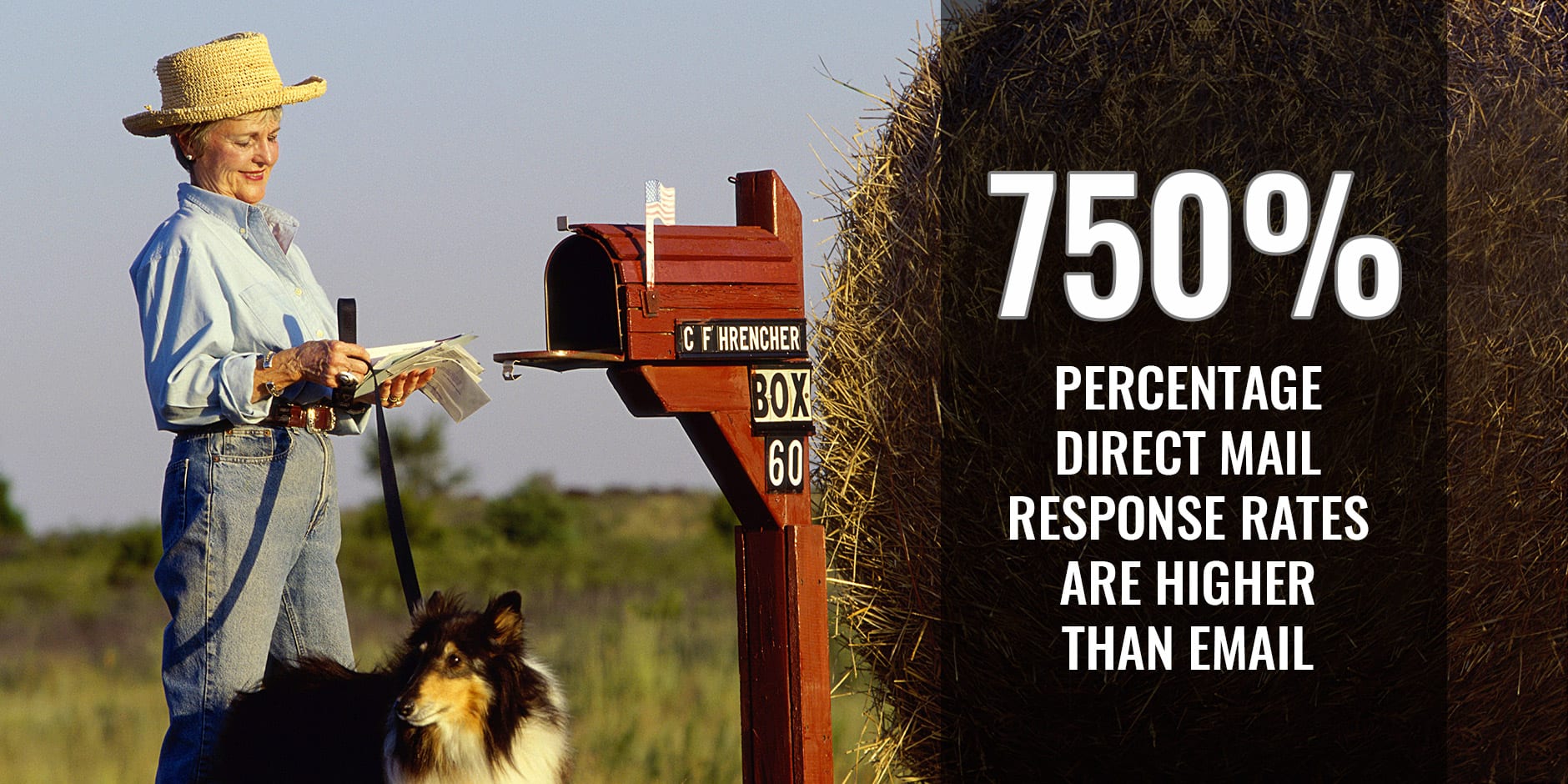 When I started my career in marketing, Facebook was only a year old and Twitter hadn’t even launched. It was a fun time to be on the forefront of what was coming and to be one of the voices promoting the idea of using this new media to build a brand’s online presence. The newness of it all was exciting. I sometimes wonder how my journey through the years of digital marketing led me here to working for a direct mail company. As enthusiastic as I was about digital marketing, I never actually believed print was going away. Too many people, including myself, enjoy the tangible aspects of print. What I found after a few weeks at Mspark is that there is a lot to be excited about when it comes to print. Mspark is using all of the new the data-driven, innovative tactics to grow response rates that I learned in digital marketing…through print of all things! There is always newness cropping up in this direct mail business – and it’s fun to watch.

I’ll Conclude with this Final Thought

I’ll never really know why some marketers choose to go strictly digital, and I wish I had a chance to ask each of them. I can only hope that their decisions are not the result of a faulty perception that direct mail is old-school and doesn’t stack up to digital media. I believe the young marketer I mentioned earlier, the one who went pure digital, might have thought twice about forgoing direct mail if he only knew the capabilities that exist to improve low response, target appropriately with carrier route precision, and measure results with the expertise of skilled data analysts. And these capabilities are not reserved for large companies with million dollar marketing budgets. They exist for SMBs just like his.
I would encourage any modern marketer, especially those looking to extend their reach beyond digital, to keep an open mind about media that may seem a little old-school or may have been tried before by someone else in the organization without success. As marketers, we are at our best when our minds are open and we look for new and exciting opportunities in unexpected places. For me, coming from a career in digital marketing, direct mail happens to be one of those previously unexpected places.
If you are curious about how direct mail and data analytics can be used to extend your reach and maximize the effectiveness of your campaigns, give us a call at 800-325-1441 or fill out the form on this page. We would love to hear more about what you’re working on and partner with you on your next campaign.